The Kendra Scott store in the Chandler Fashion Center will be donating 20% of sales on Veterans Day (November 10th 12:00AM – November 11th at 11:59PM) to Healing Arizona Veterans, a charity that sponsors the treatment of brain injured veterans. View the attached invitation and code.

Please use the giveback code listed on the flyer: GIVEBACK-06RV 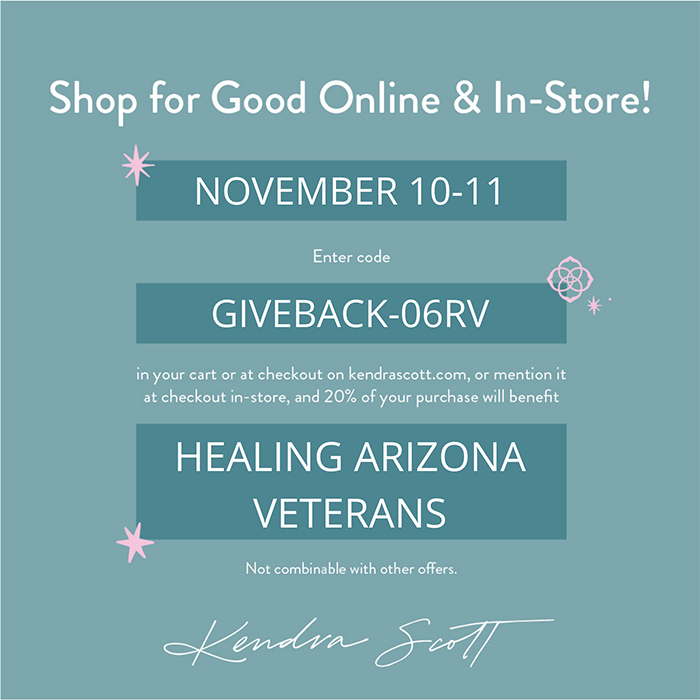 Veterans Day is a holiday where the general public celebrates those who have served in the U.S. military (read more) It is always celebrated in late October or early November, with parades, discounts and a valuable history. Five facts about Veterans Day:

How It All Began: It was on November 11, 1918, when WWI came to an end with the cessation of hostilities between German and the Allied Nations. The following November in 1919, President Woodrow Wilson celebrated the first commemoration of Armistice Day which later became Veterans Day – dedicated to American veterans of all the wars.

Events: On this day, veterans are celebrated in many ways including; parades of veterans, music by school bands, displays of American flags, wreath-laying ceremony at the Tomb of the Unknown Soldier, and flyover displays over many States including the Blue Angels. Churches participate in prayer services.

Discounts: In addition to having great entertainment, veterans often receive discounts in local restaurants and shops including free drinks or treats to those who have a valid form of military ID, veteran organization membership, discharge papers or wearing their uniform. The general public gets a few perks as well including free admission to National Parks which are open during that day.

Closed for The Day: Because it is a Federal Holiday, all non-essential government offices are closed for the day. Many private business, schools, and libraries are also closed.

Why Celebrate: It is an opportunity to show our gratitude to the military men and women who fought to keep our country safe and free. It is a period in which we can teach our children about the history of our country, including past battles and ones that may take place in the future. 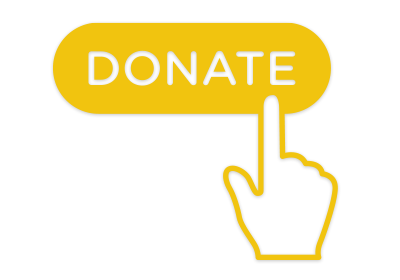 As a 501(c)(3) organization, contributions to Healing Arizona Veterans (HAV) are tax-deductible against Federal income. Immediately show your support by making a donation today, and help make a difference in veterans’ lives.